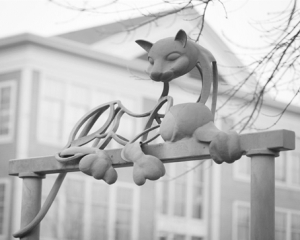 Frantz H. Coe Elementary is named after Frantz H. Coe, M.D. (1856-1904).  Dr. Coe began his career as principal of Phoenix, Michigan public schools at the age of 23.  In 1884 he attended medical school, and four years later traveled west to Seattle, to begin his medical career.

Though a prominent physician, Dr. Coe never forgot his early days as an educator.  He served on the Seattle School Board from 1901-1904.  A progressive thinker he was instrumental in hiring the first women as principal. He wrote in his journal, “I am absolutely satisfied women make better principals than men and wish to open up a new era in Seattle schools”.  Three years after Dr. Coe’s death, the school board honored his memory in the naming of our school.  We are proud to continue his progressive heritage.

Coe Elementary School has been an important learning institution since it opened in two temporary wooden structures on its present site in 1905.  The school was initially an annex to the Queen Anne School (later the West Queen Anne School).  Those structures were replaced in 1907 by an eight-room, two-story building designed by James Stephen.  The building was built in the classic Ionic Colonial style.  The surrounding community grew and in 1914 an eight-room addition was added to the north side of the building, housing 575 students.

It is the memories that the historically landmarked building holds, that made the fire on January 21, 2001 so tragic.  Coe School was half way through a renovation that would have added additional space and modernized the building, while respecting its historic features.  At the time Coe School was temporarily housed in the Magnolia School.  In the aftermath of the fire, the school community has pledged that the spirit of Coe and its history will carry on.  A new building that is evocative of the historical character of Coe School was completed in December 2002.

Support Coe PTA while you shop!

If you already shop at Amazon.com consider changing over to smile.amazon.com and choose Franz Coe Elementary PTA as your charity of choice. With every eligible item, Amazon will donate 0.5% of the purchase price to the Coe PTA!

Get connected with us and other Coe families 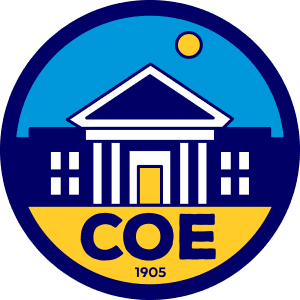 This website is powered by Digital PTO - Free Websites for all Parent Teacher Groups including PTO, PTA and PTSA Groups.
Digital PTO is not responsible for the content on this website, each site is managed individually by our members.